Hon. Gerald Rosenberg (Ret.) joined ADR Services, Inc. in 2019 after an impressive 44-year career as a civil litigator, Court Commissioner, and Judge of the Superior Court. He is available for mediations, arbitrations, reference assignments, mock trials, and private trials.

After graduating from Southwestern Law School, Judge Rosenberg established a successful civil litigation practice in Sherman Oaks, specializing in real estate, business, family law, personal injury, and construction cases. He maintained his litigation practice until he was appointed by the judges as a Court Commissioner in 1995. He served in this role for both the Beverly Hills and Santa Monica Courthouses until he was elevated to a judgeship in 2000.

Judge Rosenberg is well regarded as a learned and considerate jurist with an impeccable judicial temperament and a thorough knowledge and application of the law. After initial assignments in Criminal Preliminary Hearings and Trials, Civil Trials, Family Law, and Probate, Judge Rosenberg spent the majority of his career presiding over Unlimited Jurisdiction Civil Cases in the Santa Monica courthouse, earning a reputation for his patience, extensive preparation, and evenhanded rulings. In addition, he served as Assistant Supervising Judge and later Supervising Judge of the Los Angeles Superior Court West District.

In recognition of his judicial achievements, Judge Rosenberg was named the 2017 Trial Judge of the Year by the Los Angeles Chapter of the American Board of Trial Advocates (ABOTA) and the 2011 Outstanding Judicial Officer by Southwestern Law School. 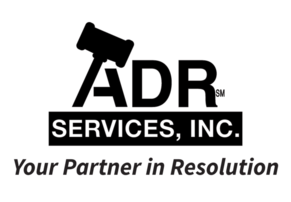